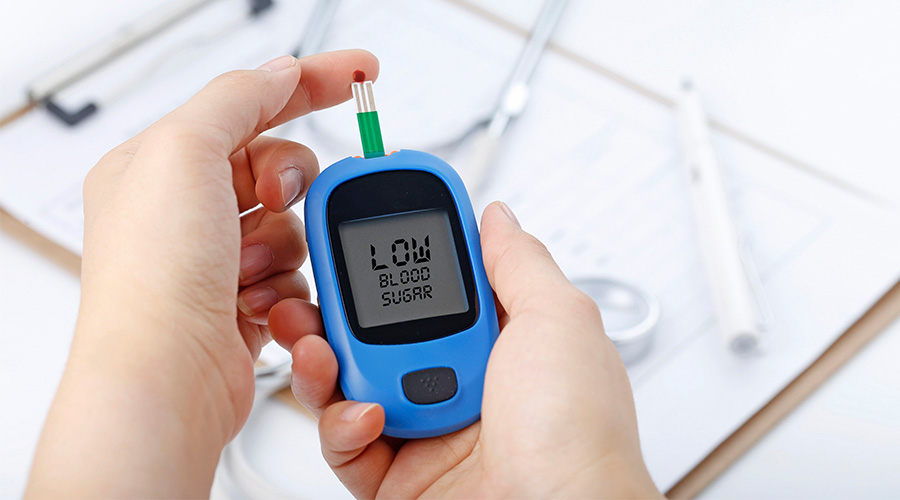 Diabetes affects the most basic functionality of our metabolic system. The food we intake contains a sugar called glucose. By imbibing this glucose, we energize ourselves. However, to break down these glucose molecules, the pancreas release a chemical called insulin. For this purpose, the pancreas contains alpha cells, beta cells, and delta cells. The beta cells are the ones that are responsible for producing insulin.

Once, insulin is secreted, they digest these glucose molecules and releasing energy. This is the typical process in humans after ingestion.

However, in diabetic patients, their bodies fail to produce the required amount of insulin or any insulin at all. Hence elevating the glucose levels. There are two types of diabetes – type 1 and type 2.

In type 1 diabetes, the body’s own immune system attacks the beta cells, destroying them. So, the pancreas fails to produce any insulin.

In type 2 diabetes, the produced insulin does not function properly i.e., the beta cells are too weak to dissolve the glucose molecules. This type of diabetes is more prevalent.

In both cases, the result is elevated blood sugar levels. Currently, diabetic patients are treated with an individually differing dosage of insulin. They are required to watch their diet and be cautious regarding their food intake. Also, diabetic patients are more susceptible to other diseases like Alzheimer’s, heart conditions, etc.

This is the major issue with diabetes, it is not only a chronic disease that can be fatal if sugar levels fluctuate too much, but also acts as a core for other diseases. Even during the Covid-19 pandemic, doctors and healthcare professions cited that diabetic patients must be extra wary of the virus.

So, experts in the medical field are endeavoring to find a cure for this daunting illness. The research has been going on for a long time now and there are a few procedures that could potentially become ‘the cure.’

This treatment can eliminate the type 1 diabetic condition entirely.

This is the basic cure that complements insulin medication for type 2 diabetics. Some success stories claim that they have reversed their diabetic condition by following a healthy diet and weight loss programs.

An ideal reversal could achieve remission. Attaining remission signifies maintenance of normal and healthy levels of insulin. However, as one can imagine, remission does not imply a permanent cure, it is temporary and the condition may return.

The pancreas contains alpha cells, beta cells, and delta cells. Beta cells are responsible for insulin production, so they are the major lack in diabetic patients. Through this medication, in type 2 diabetics, when beta cells do not function properly, the alpha cells respond, adapt, and become beta cells.

This will result in the body producing its own insulin without insulin having to be injected externally. This technique proved successful when treated on mice. Hopefully, it can be incorporated into humans in the future.

The principle of this treatment is to increase beta-cell replication which will restore beta cell mass to normal; thereby permanently curing the condition.

The cure for diabetics is a revolutionary advancement due to the large-scale impact it will have. From struggling to manage the condition to attaining hope for a permanent cure, we’ve sure come a long way. With the current pace of research and technical expertise, the cure is definitely on the horizon.