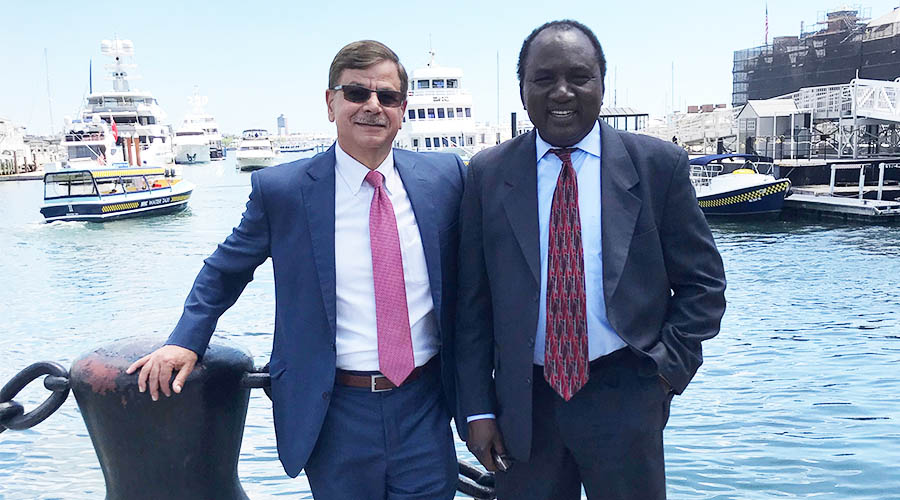 No doubt, medicine, and healthcare have come a long way. But despite advances in diagnosis and treatment during the past 250 years, cancer remains one of the leading causes of mortality worldwide, an affliction known to humanity for thousands of years. According to World Health Organization (WHO), more than 10 million deaths were caused by cancer in 2020. And as the fatal disease continues to impact far too many people, WHO warns of a global tidal wave of cancer and estimates that around 24 million people will have the disease by 2035. To be sure, there are no cures for any kind of cancer, but there are treatments that may cure you. So, clearly, much progress is still needed to stop this deadly disease in its tracks.

Cognizant of this scenario, CaroGen Corporation, a pioneering biopharmaceutical company has set a powerful mission: To develop transformative vaccines and immunotherapies for cancer and infectious diseases and make them accessible to all. CaroGen has developed a groundbreaking immunotherapy and vaccine platform called AVIDIO. It is also an oncolytic virus which is at the cutting edge of cancer therapy. In order to facilitate their capacity to proliferate indefinitely, cancer cells are often disabled of all the defenses that normal cells mount to prevent viruses and other agents from replicating in them. AVIDIO, which is also an “artificial virus” preferentially targets cancer cells, replicates in them, and kills them in the process.

AVIDIO is an RNA-based technology, whereas most of its competition uses DNA-based technologies. The recent success of RNA-based coronavirus vaccines over DNA vaccines has heightened interest in the use of RNA in cancer immunotherapy. However, RNA delivery still remains a major obstacle. “Our RNA-based technology has overcome the delivery challenges of mRNA without the need for any extrinsic formulation. Moreover, AVIDIO has a high payload capacity allowing us to express multiple immune modulators providing a cocktail of therapies working in synergy to provide the best therapeutic effect,” elucidates Dr. Valerian Nakaar, Co-Founder and Chief Scientific Officer of CaroGen Corporation.

The Remarkable Odyssey of CaroGen

The beginning of CaroGen can be traced back to 2012 when the vaccine expert, Dr. Nakaar was looking for a suitable vaccine delivery platform for the formation of his new company. Ultimately, he found a vaccine delivery platform among the portfolio of technologies being licensed by Yale University School of Medicine. Now, to lead the operations of his new company, he needed more seasoned drug developers. So, he approached a few people in his circle but all turned him down as start-up companies are notoriously famous for their lack of job security. Undaunted by this momentary setback, he approached Dr. Bijan Almassian, a senior pharmaceutical executive whom he had run into at the local post office earlier. Having established a mutual interest to work together again after more than ten years, they successfully negotiated the licensing agreement and secured the platform to begin operations of their new company.

During the course of their negotiations, they also reached out to two Professors in the field of virology and infectious diseases to join the CaroGen Team as co-founders and as the first members of its scientific advisory board. Dr. John Rose is the renowned virologist and inventor of the AVIDIO platform and Dr. Michael Robek is an opinion leader in hepatitis B virus (HBV), the first vaccine candidate of CaroGen. With the combined effort of the four industry and academic veterans, CaroGen Corporation came into existence in 2012. “The journey for CaroGen has been a veritable odyssey. Over the course of our company’s history, many times, our data were suboptimal. This necessitated going back to the drawing board to improve on what we had built. As time elapsed, we learnt to work smartly and more efficiently with the limited resources at our disposal,” asserts Dr. Nakaar.

When most start-up companies would have simply folded up and gone out of business once they hit the proverbial “valley of death”, Dr. Almassian and Dr. Nakaar through sheer grit and determination, found ingenious ways to survive and to build value into the Company. Their focus and resoluteness to succeed must have come from their many years laboring in the start-up biotech industry with its sharp vicissitudes of fortune, verifying the German philosopher’s adage that “what does not kill you makes you stronger”.

Addressing a Broad Range of Infectious and Chronic Diseases

Shortly after commencing the operations of CaroGen, the founders secured pre-seed funds of about $225K through their network of friends and from Connecticut Innovations, a quasi-venture capital arm of the state of Connecticut. This allowed them to launch their discovery research on the development of immunotherapy for patients chronically infected with HBV. Over the years, the Company has created many transformative, first-in-class immunotherapeutics that engage the body’s immune system to both recognize and fight off cancer and other infectious diseases. It has made significant progress in developing CARG-2020 for the potential treatment of patients with ovarian cancer and other peritoneal tumors. Based on its patented AVIDIO technology platform, CARG-2020 carries three immune modulators that shrink large tumors and strikingly prevent their recurrence in several solid tumor models of ovarian, colorectal and hepatocellular carcinoma. This is an unprecedented finding in the field of cancer immunotherapy.

CaroGen has also demonstrated that its HBV clinical candidate (CARG-201) engages the animal’s immune system, generating antibodies and T cells which work to eradicate hepatitis B virus from chronically infected animals. “This gives us confidence that we can generate potential functional cures in patients. Such a product will help millions of people in the world suffering from HBV and help to prevent the disease from progressing to hepatocellular carcinoma, a devastating liver cancer. Currently, there are no FDA-approved therapies for HBV,” adds Dr. Almassian.

Blazing the Path Forward With a Competent Team

CaroGen attributes its success to its competent team of highly talented and experienced scientists who are passionate about the platform, share the same vision of the Company, and are not averse to risk. “The beauty of our team is its diversity. It is comprised of ten PhDs who come from both industry and academia, originating from seven countries located in five different continents. Lacking the wherewithal to pay for more ambitious programs, our team has demonstrated time and time again that they have the knowledge, skills, and passion to tackle some of the most intractable disease targets of our time; and succeed at ittoo!,” affirms Dr. Nakaar.

Armed with such an ingenious team, CaroGenis now gearing up to scale up the operations of its two leading and game-changing clinical candidate drugs (CARG-201 and CARG-2020) and take them to the clinic for human testing. CARG-201 is designed for the treatment of patients infected with the HBV. Over 240 million people in the world are in dire need of such treatment as there is no drug in the market that can cure this disease and prevent the onset of liver cancer. CARG-2020 has the potential to make a big impact on cancer treatment by virtue of its unique mode of action. “We believe that additional capital for our operations will precipitate our ability to form corporate partnerships with several major pharmaceutical / biotechnology companies on multiple products. Beyond advancing CARG-2020 for solid tumors and CARG-201 for HBV, we are expanding our pipeline to include multiple cancer indications and other infectious diseases such as COVID-related vaccines,” concludes Dr. Almassian.