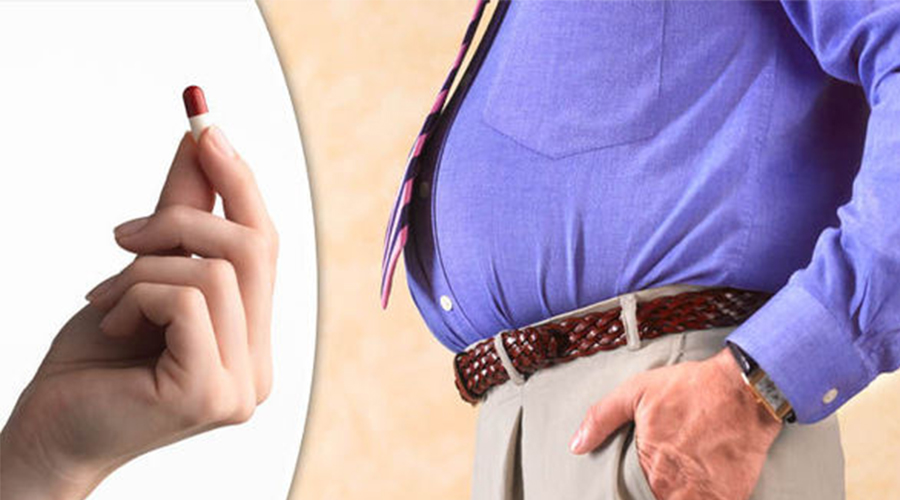 As we all know, obesity has been a major problem, especially in modern times due to an increase in the quantity of processed foods and sedentary lifestyles. About 40 % of the population in the U.S come under the obese category while 30% are overweight. This alarming situation has prompted people to spend a net total of almost 150 billion dollars each year to combat their obesity related issues. Not only does obesity lead to a host of health issues but can also make your body look unsightly, which is an important factor for most of us. For this reason, doctors the world over have been trying to come up with that ever elusive pill that magically abolishes obesity. But, have they done it yet?

Researchers from the University of Texas, Medical Branch at Galveston have actually discovered a promising drug that is still under development which has been shown to shrink excess fat by increasing fat cell metabolism. The way this drug works is quite interesting.

When fat cells grow larger, they tend to over synthesize a type of protein that acts as a metabolic brake that slows down fat cell metabolism. This makes it harder for these cells to burn newly accumulated fat. Moreover, this also leads to greater amounts of hormone secretion and proinflammatory signals that trigger the growth of several chronic diseases such as type 2 diabetes and cardiovascular disease.

By analyzing these fat cell behaviors, the researchers discovered a molecule that is capable of blocking the metabolic brakes that inhibits fat cell metabolism. They tested out this newly discovered miracle compound by performing experiments on rats. They were given a high fat diet until they became obese after which they were either given the drug or placebo. After 10 days of experimentation, it was found that the mice that received the drug lost about 7% of their body weight and 30% of their fat tissue mass, while the placebo supplied mice continued to gain fat throughout the course of the study. Additionally, the drug treated mice also experienced lower cholesterol levels similar to those of non obese mice.

Another interesting point to note is that both sets of mice were given equal amounts of food. Meaning the researchers accounted for nutritional intake inorder to eliminate the possibility of weight loss or gain due to differing food consumption.

Doctors have tried to pull out all the stops in order to rid humanity of obesity but have seen minimal success. Until now that is. This drug may still be in its testing phase, but the potential it offers is very promising. By discovering that the removal of the fat metabolism stopper was the actual “stop” that they needed to pull, they have opened up the possibility to treat this growing epidemic with ease. With a little bit of further research and refinement, we may well be on our way towards towards an obesity free future.