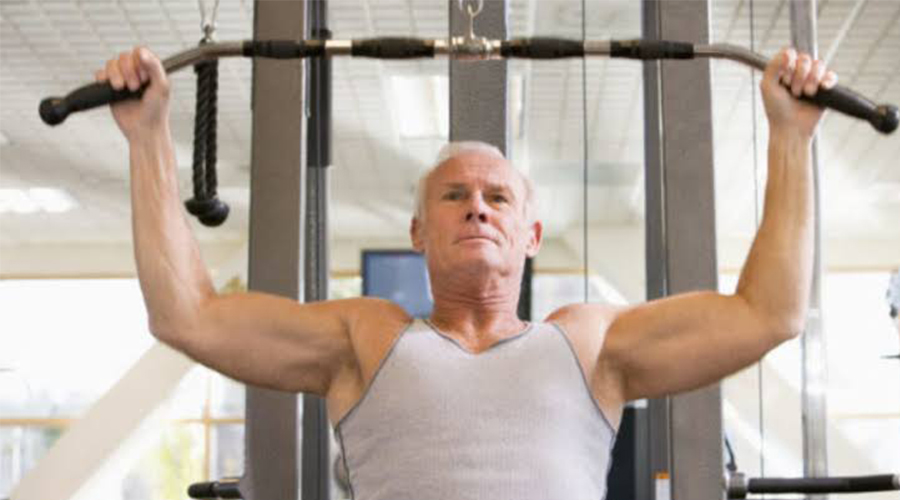 As we all know, exercise is good for both the mind and body. It is no doubt that many of us would’ve come across a variety of methods to exercise. And although subjecting your body to any sort of physical training is beneficial in some way, “what training method do I follow?” is still one of the most frequently asked questions in the fitness industry. This is understandable because people are normally more comfortable with programs that are catered to their own needs instead of just training for general benefits. And this is exactly why we will be using this logic to target a specific segment of our population, the elderly.

Although it is possible to take precautions and follow a healthy lifestyle to counter the effects of ageing, the reality of the matter is, it eventually catches up. Overtime the efficiency of our organs and other body parts are bound to fade. And just like the rest of our body, the brain is no exception to this eventual deterioration. Physical functioning is very important, but without the mind, the rest of our body is almost useless as the brain is the literal control center of our body. The importance of brain health may not seem very important to the younger populous, as in general, its functioning only takes a major hit towards the latter days of a person’s life. For this reason, implementing methods to take care of the brain, especially during the old age phase is paramount.

It is a well known fact that dementia has been a prevalent problem amongst the elderly the world over. Dementia is a catastrophic disease that impairs cognitive functioning and slowly destroys brain cells leading to both short term and long term memory loss. Treating this condition has not been very easy, but a study published in the journal Applied Physiology, Nutrition and Metabolism may be able to provide significant help to solve this situation.

Researchers have found that a form of training called High Intensity Interval Training helps massively in improving brain function, especially amongst the elderly. It was seen that seniors who trained at a high intensity by using short bursts of activity saw an improvement of upto 30% in performance while candidates who worked out moderately saw no improvement on average.

For this study, the researchers recruited dozens of sedentary but otherwise healthy adults between the ages of 60 and 88. They were monitored over a 12 week period and worked out three times a week. Some of these individuals performed high intensity interval training (HIIT) and some worked out at a more moderate pace (moderate intensity continuous training or MICT) while others only participated in stretching.

The individuals who were on the HIIT program had to run on a treadmill at a high intensity for four minutes followed by a short recovery period after which they had to repeat the whole process for a set amount of times. The MICT candidates on the other hand had to do a moderate intensity aerobic exercise for 50 minutes.

The researchers monitored the exercise related brain function improvements by performing specific tests that tapped into the function of newborn neurons that were generated through exercise. These neurons are more active than the mature ones and are more ideal for forming new neural connections and memories.

The study showed that the individuals who were on the HIIT program had a substantial increase in high interference memory compared to the MICT group. The researchers also saw that the improvements in physical fitness had a direct correlation with brain health and memory performance.

At this point in time, concrete guidelines for the prevention of dementia don’t exist. But studies such as the one we’ve seen above have clearly shown the importance of exercise and more specifically, high intensity interval training in improving brain health. Preventing the onset of dementia is still not something that we can control entirely, but researchers believe that these findings and further studies will put us in a better place to help solve dementia.