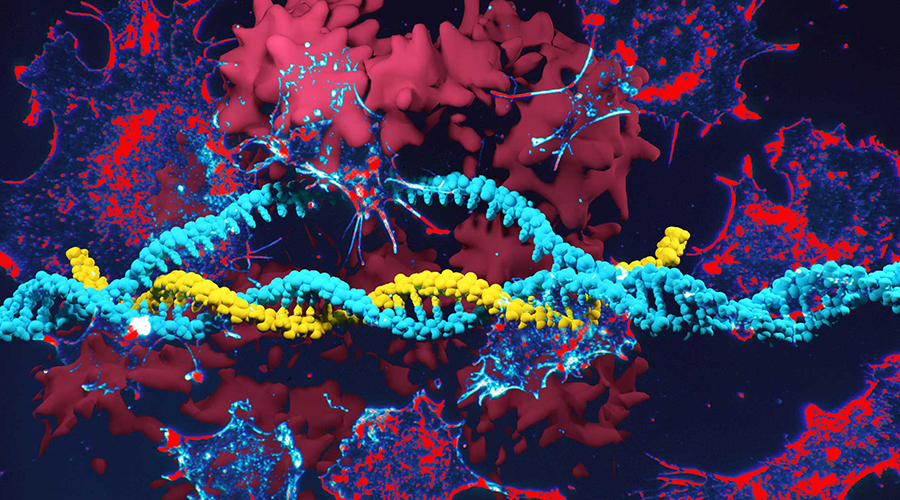 We live in an age where the lines between science – fiction and reality are starting to blur. The emergence of technologies that are capable of editing human gene structures are a testament to this fact. Something that was thought to be a Godly right has now been made possible through Clustered Regularly Interspaced Short Palindromic Repeats or CRISPR in short.

This revolutionary new technology could be the answer to eradicating harmful viruses, extending our life span, and even correcting genetic diseases. But just as we would imagine, tampering with gene structures can be a dangerous challenge.

What is CRISPR? CRISPR is the most advanced gene editing technology to date which can be thought of as a DNA surgeon that targets and studies live cells and even has the capability to edit their structures.

Humans have been making progress in this field for decades now. They have managed to tinker with the DNA of plants, foods and even animals! But the invention of the CRISPR has been an unprecedented leap forward. The term CRISPR, technically, is just another name for the immune system present in bacterium cells that fights off viruses. During this process the cell produces a protective enzyme called Case9 which separates the DNA that is infected. CRISPR technology harnesses this ability of the bacterium cells to isolate the DNA and perform necessary operations.

DNA is the fundamental component of a human body’s design language. Even the smallest of changes to it can have a profound effect on our bodies and, by extension, our health. Modifying DNA data could completely transform the way we treat genetic diseases. For example, It is a known fact that over 3000 diseases are caused by incorrect letters or nucleotides in a person’s DNA. CRISPR technology can be used to modify such letters by replacing them with the right one. Such modifications can cause drastic changes in the body and can ultimately extend the lifetime of people suffering from diseases such as cystic fibrosis, sickle cell disease, and many more.

CRISPR technology has also made the DNA editing process a whole lot simpler, faster and cheaper than what it used to be. It can be used to work on specific DNA sequences by matching them with RNA sequences that act as guides. This method has been used to treat previously untreatable viruses such as HIV. We were actually able to cut the HIV virus out of the DNA resulting in about 50% removal. Although this technology is still in its early stages, it is believed that with further advancements it could gain the capability to create HIV resistant DNA and ultimately weed out the disease completely.

The CRISPR also has the potential to tackle another one of mankind’s greatest enemies, cancer. The technology can be used to modify immune cells to easily find and destroy life threatening tumors. CRISPR therapy for cancer patients has already been approved in the USA. The patients would simply be injected with a large number of their own but newly engineered and enhanced cells. A relatively painless method compared to days or even weeks of painful radio and chemotherapy.

Versatility is a defining trait of this revolutionary new technology. It can be used to work with all types of cells including plant, animal and even human cells. This provides the CRISPR with a wide variety of applications. We could modify crop genes to help create crops that can withstand unfavourable climatic conditions or even create ones that are extra rich in nutrients. Transplant organs could be produced in abundance, helping save the lives of many. We could even bring back extinct species using organisms that are a danger to health such as mosquitos. This ‘genetic rescue’ could be accomplished by preventing viruses from entering the salivary glands of mosquitoes. The possibilities are endless.

The CRISPR is still in its infancy. We have only begun to learn about this groundbreaking new technology. The true potential or even its limitations are yet to be fully realised. For instance, Scientists cannot possibly know the long term effects of tampering with genes until they have definitive proof. Also, changes that they have made to a person’s gene cannot carry over to his/ her next generation unless they modify the reproductive cells or embryos which is a highly controversial topic.

This can be attributed to both, moral and scientific reasoning. From a scientific standpoint, it is a risky affair as we do not know the implications behind modifying DNA sequences in an embryo. This could lead to irreversible changes in the human gene pool that may even turn out to be unfavourable.

Religion and morals would also play a big role as the act of tampering with the very thing that creates us all is thought to be a right that only God possesses. Moreover, having the power to wipe out entire species even though they may be harmful for life (mosquitoes) could have a wider effect on the global ecosystem that we cannot foresee.

Ofcourse, gaining the ability to help children suffering from genetic diseases cannot be morally wrong. But, as we continue to break new ground, the temptation to make ethically incorrect changes to create masses of “customised products” can be hard to resist.

There is still a lot of factors to consider before humans dig deeper into this limitless field. But, that being said, the positives are many. With careful research, there is no doubt that such gene modification technologies will change the future for the better !