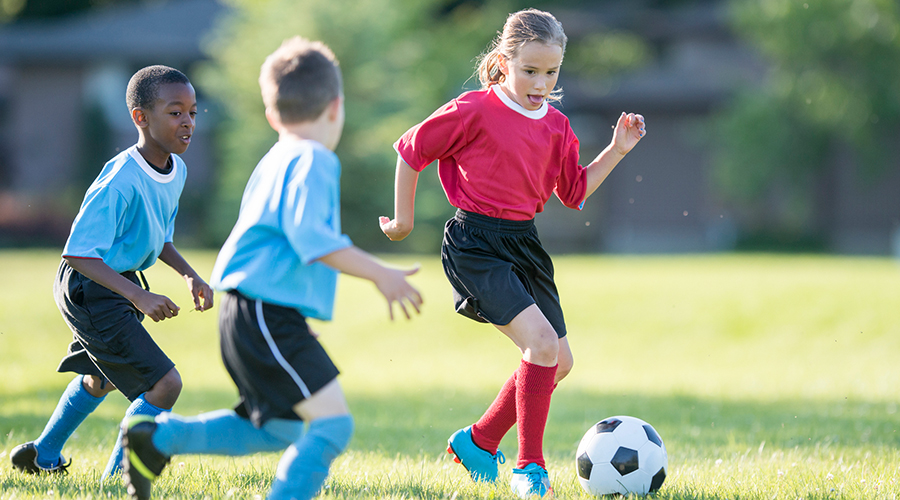 Football or Soccer is known to be one of the most popular sports in the world. With over 4 billion fans spread across the entire planet, football has brought together people from various cultures and has cemented itself as the most followed sport in history. Besides the entertainment factor, for the people who play it, football can be very beneficial as it provides a good workout to the body. Moreover, the invaluable benefits of this amazing sport is even more pronounced amongst adolescents. But what exactly are the added benefits of playing soccer at an early age? We shall see.

To study the effects of soccer on adolescents, researchers from the University of Exeter analyzed and compared soccer players to cyclists, swimmers and a control group of boys who were not involved in regular sports related activities.

The 116 chosen candidates were examined over a one year period. The researchers factored in several parameters to obtain detailed results. BMC measurements were taken at the lumbar spine and femoral neck region, which are both key sites for fractures and osteoporosis.

The study showed that the boys who played soccer regularly developed significantly better BMC at the end of one year of training. This can be attributed to the fact that this particular period in a human’s growth cycles is key for bone development. Scientists have also proven that poor development during this phase can be linked to reduced peak bone mass and increased risk of fractures and osteoporosis at a later point in life.

Although sports such as swimming and cycling have been proven to provide several benefits, the results of such types of training on bone development is not profound. This is mainly because these types of sports involve non weight bearing activities, as compared to soccer wherein players continually use the weight of their bodies to produce explosive effects.

Sports like basketball, tennis and badminton can also be expected to have similar effects on bone development. This is because, just like football, these sports also involve several weight bearing scenarios. When players train themselves using such methods, especially during adolescence, the gains can be significant.

Sports in general is a very beneficial activity. But due to the variations in the type of movements and stress to the body in different sports, the positives gained out of each sport can also be varied. Just as how soccer is helpful in bone development, swimming is helpful in other areas such as improving breathing and cardiovascular response. So in sum, in order to extract maximum benefits, it is always advisable to mix and match, and introduce variations in your training regimen, especially for adolescents. But when it comes to bone development, soccer or football is definitely one of the best forms of physical activity that you could do to make progress.