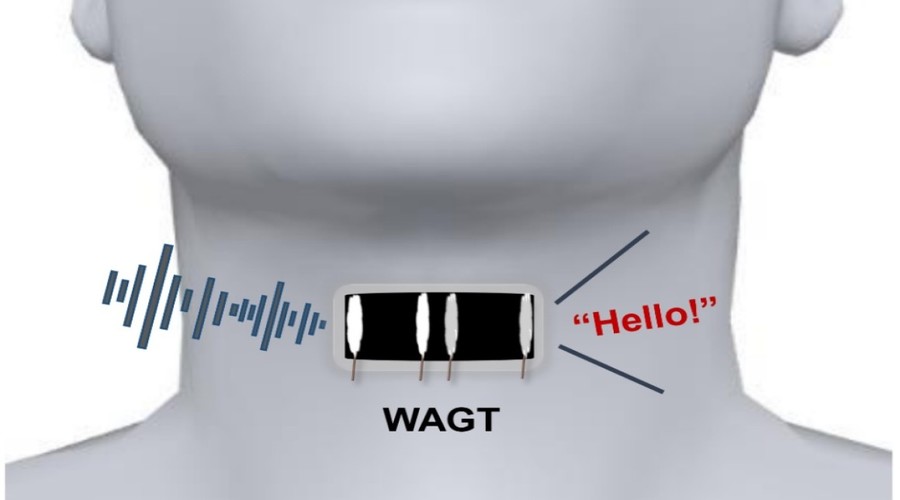 Humans are social animals. The need to associate with other people is ingrained in our DNAs. But in order to associate one needs to communicate. So when one’s primary medium of communication gets taken away, it can be very limiting. Speech, our most used method for interaction with people has no fix if lost. This is why, researchers from ACS Nano got down to work and developed a wearable artificial throat that can be used to transform throat movements into actual sounds. Through this technology, the researchers believe that people who have lost the ability to speak can finally start speaking again. But things are not always that simple, so let us take a deeper look into this technology to understand it better.

Speech is a complex process that involves the movement of the mouth and vibration of the vocal cords within the throat. These vocal cords made of soft tissues are therefore crucial to the production of any sort of sounds from our mouth. But when damaged, they can make a person lose their ability to speak as the movement of the associated throat muscles go undetected due to the damaged vocal cords. So to detect the movements produced by these muscles, the researchers developed a new device that was supposed to be stuck onto the skin of the throat.

Yes, detectors to track movements in human skin have been made before. But this device is different. Previously made detectors were only able to detect motion and nothing more. ACS Nano’s device on the other hand can convert motion into sound.

Initially, the prototype that they made was designed to be taped to the skin making it uncomfortable to wear for longer periods. So, the researchers decided to develop a thinner, skin like artificial throat that would adhere to the neck like a temporary tattoo. They began by laser scribing graphene on a thin sheet of polyvinyl alcohol film and used water to attach the film to the skin of a volunteer’s throat. Following this, they connected it with electrodes that led a small armband which contained a circuit board, microcomputer, power amplifier and decoder. During trials, it was seen that the device was able to produce words such as “ok” and “no” when the volunteer noiselessly imitated the throat motions of speech.

This technology is of course in its early stages, but researchers believe that in the future it will help speech impaired people talk and have complete conversations. Research in aims of achieving this goal is already under way. So there is no doubt that we may be able to solve the problem of speech impairment in the not so distant future.