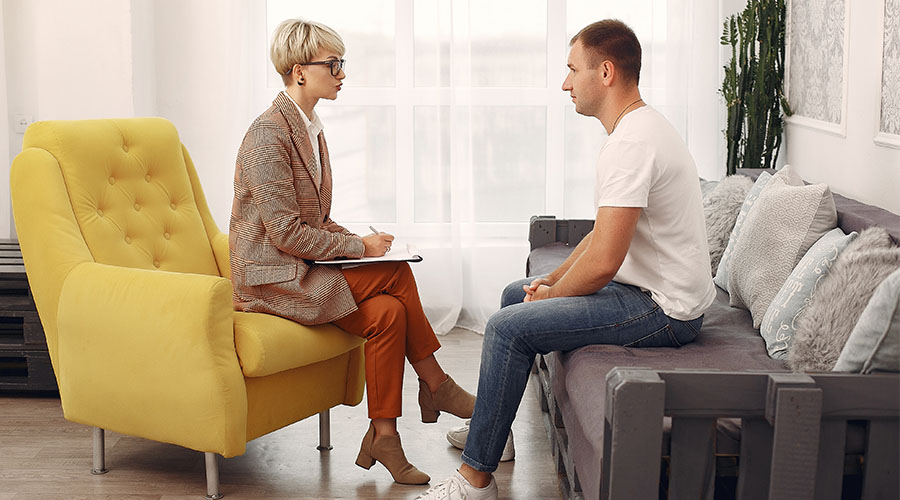 Sudden rage, anger, frustration — these emotions seem natural for a teen to have at times.  With all those raging hormones, every teenager is bound to lose their cool at one time or another. They often lash out in anger and become frustrated and defiant when asked to do something they don’t want to. But, if they continue to have a bout of intense, uncontrollable anger or aggression with very little or no apparent cause, it could be more than just normal hormonal mood swings.

Does your teen blow up every time you ask a question? Do you often find your child screaming, lashing in, slamming the door, or breaking stuff? Do you feel like you are walking on eggshells to avoid triggering an over-the-top, impulsive, violent outburst in your teenager? If the above statements ring true for your child, it could be a sign of Intermittent Explosive Disorder (IED), a lesser-known mental disorder marked by episodes of unwarranted anger.

How To Know If You’re Dealing With More Than Just An Angry Teenager?

Teens grappling with IEDs exhibit sudden explosive eruptions that usually last less than 30 minutes. With little or no warning, these episodes may occur frequently or with a gap of weeks or months. So, if you think your child could be dealing with IED, here are some behavioral, physical, cognitive, and psychosocial signs that you need to look for:

Any of the above behaviors are a red flag that your teen’s anger issues need professional attention along with parental support.

So, What Causes IED?

IED usually shows up in late childhood —after the age of 6. While the exact cause of the disorder is yet unknown, but a number of biological and environmental factors could be the reason behind it. While there’s no specific gene that’s been proved to cause IED, many experts believe that at least some IED-related traits are passed down genetically from parents to children. Besides this, one’s environment is also thought to play a critical role in causing IED. Kids who grow up in a family where explosive behavior and verbal and physical abuse are common,  are much more likely to exhibit signs of this disorder as they grow older. Being exposed to such kind of violence at an early age makes them more susceptible to IED. Hence, teens with a history of physical abuse, multiple traumatic experiences, or a history of other mental health disorders have an increased risk of IED.

How to Treat Intermittent Explosive Disorder

Typically, IED can be best treated by a combination of cognitive-behavioral therapy and medications. Cognitive-behavioral therapy (CBT) helps kids identify triggers for their episodes and manage their anger when faced with these triggers. Along with CBT, some antidepressants and anti-anxiety medications such as fluoxetine, phenytoin, oxcarbazepine, or carbamazepine are also used to treat the symptoms of IED.

What Can You Do for Your Teen?

Therapies and medications can reduce the symptoms of IED but they won’t necessarily fix defiant behavior or aggression. So, how would you cope with your angry teenager? Combined with or as part of the treatment, these suggestions may help you better deal with the situation.

To manage the anger of your child, try to find out the triggers that set off the outbursts in the first place. For instance, if doing a particular task is a chronic issue for your child, try to break the tasks down into steps and make it fun for them. This may take time but it can put off intense expressions of anger.

“You never listen” or “You never take my side — you may often hear such blanket statements from your angry child. But, don’t try to fight back. Instead, ask them how can you do a better job of listening to them? Remember, harsh or angry responses will only escalate a child’s aggression. So, try saying phrases like “I hear you”, “I understand” — which will make them feel you care and listen to what they say.

When you notice mature behavior in your teenager, don’t forget to reward it with praise. Teens usually love to hear such compliments. So, appreciate it when they handle things responsibly.

Trying to reason with a teenager who is upset is the last thing you would want to do. So, don’t rush to talk until the meltdown is over. Stay as calm and as rational as possible even when your teen is extremely defiant.

Lastly, don’t get frustrated and keep on trying. Remember, dealing with a reactive teen can be a constant challenge that takes a toll on even the best parents. So, take care of yourself and don’t give up hope. With proper support and treatment, teens with IED can get better and lead healthy life.