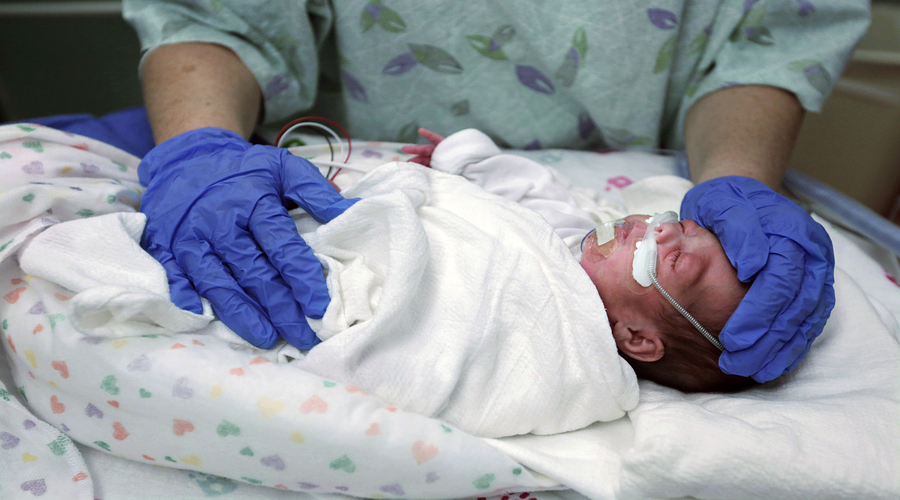 Childbirth is undeniably one of the most beautiful and miraculous phenomenons in the world. This is true because creating new life is such a divine event that some people even associate it with godliness. So naturally, the processes that are a part of it would be far from simple. Although reproduction is ingrained in our DNAs, sometimes it may not go as smoothly as one generally anticipates. And since preterm birth is one of the most common negative outcomes that could occur during childbirth, researchers from the American Society of Microbiology devised a method to determine the likelihood of such an event in pregnant women. So let us now take a look at the details behind this approach.

The researchers, through extensive studies found that there are certain components like proteins and bacteria in the vagina that can be used to identify women who are at a high risk for preterm birth. Following this, the scientists focused on finding ways to diagnose women based on their findings while keeping costs as minimal as possible. They wanted to design a point of care diagnostic that doctors can readily have in the clinics and didn’t require the power of advanced technologies.

Till date, medical professionals have primarily associated preterm birth with short cervical length and lactobacillus depletion in the vaginal microbiome. These conditions are well detected in higher income countries where they have access to facilities like transvaginal ultrasound to determine cervical length which can then be treated using progesterone, cerclage, or cervical pessary. Even women who show signs of bacterial vaginosis can easily be identified using microscopy of gram stained smears or various diagnostics based on gene amplification to restore normal lactobacilli concentrations.

The situation in low income countries however, is a whole lot different. Such therapies are often readily not available and those who have short cervixes end up contracting infections and other unnecessary complications. So, for this reason, the researchers began their project by analyzing vaginal fluid samples from 340 mi trimester pregnant women to determine correlates of a short cervix.

They observed that the tissue inhibitor of metalloproteinases (TIMP-1), p62, D-lactic acid race and age all directly contributed to short cervix length. They also observed that TIMP-1 and p62 were prevalent amongst the black race making them prone to negative effects when it comes to cervical length.

Through this discovery, the researchers believe that the diagnosis of preterm birth likelihood could be made a whole lot simpler and cheaper. Moreover, considering the expertise of all the researchers that were involved in the study, we can safely say that this finding is as legitimate as it gets. In the future, with further research and development, there is no doubt that this method would become more mainstream and accepted by doctors all around the world.